The Traumatic Stress Institute fosters the transformation of organizations and service systems to trauma-informed care (TIC) through the delivery of whole-system consultation, professional training, coaching, and research. 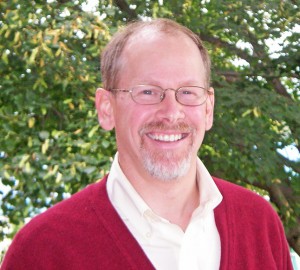 A psychiatric hospital might not be the first place you’d expect to learn about sexuality. But this is where Dr. Steve Brown cut his teeth as a sexual health educator. He still remembers one of his early days teaching at the hospital, talking about why someone may or may not use condoms.

One girl laughed at the idea of using protection. “No way I’m gonna use a condom,” she said. “I worked hard to get my man and now I’m going to keep him.” Brown asked if she was aware of the downsides of not using a condom, aware of infections and pregnancy. “It doesn’t matter,” she replied. “The only thing that matters is that I keep him.”

Brown wrote a book based on his experiences, Streetwise To Sexwise: Sexuality Education For High-Risk Youth. Originally published in 1990, the book is now being used as a manual across the US and other parts of world that are dealing with at-risk youth.

Brown was in Whitehorse this week, talking about his book and holding workshops on promoting healthy sexuality with at-risk teens. Youth who are in psychiatric hospitals, homeless or in group homes deal with more sexual problems and consequences than the average kid, said Brown.

He notes a recent study on homeless youth in Canada. In the study, 95 per cent of the youth reported engaging in sexually activity. On average, they have no fewer than 17 partners, 25 per cent had traded sex as a commodity at some point, and the rate of sexually transmitted infections were 10 times that of general youth.

In the places Brown works, there tend to be a higher percentage of gay, lesbian, bisexual and transgender kids than is found elsewhere in the community. “They feel particularly isolated,” he said. “Some have been disowned by their families. Many seek out contact with older men because they’re the only people they can connect with.” Homosexual youth might engage in high-risk sexual activity with the other sex just to prove that they’re not gay. And lesbian girls have gotten pregnant because it’s a great way to hide their sexuality from others. Educators need to recognize this difference in sexual orientation in the language they use. “For example, someone has sex with a partner instead of a boyfriend or girlfriend,” said Brown. “You need to use language that makes them feel included rather than excluded.”

The Yukon has its own unique sets of sexual health issues. A recent study found the rate of chlamydia is two to three times higher in the Yukon than it is in the rest of Canada. This rate of infection has increased steadily since the 1990s and is higher in rural areas than in the Whitehorse area. Then there are the high rates of substance abuse in the North.

“When you mix in substance abuse it decreases inhibitions and increases desire to engage in sexual activity and can also be a really important risk factor,” said Brown. A child who’s been taken out of their home or has a parent who’s been abusing substances often doesn’t get the kind of bonding and attachment they need. These kids will seek out that connection in others, often with peers. They end up using their sexuality to get the intimacy they need and to hold onto it, said Brown. “If you have a young woman whose boyfriend is being abusive toward her, she may choose to stay in that relationship because she doesn’t have other connections in her life.”

Sexual education is only part of the solution to these issues. “We need to be thinking as communities and practitioners about how we heal the wider attachment wounds that many of these kids have,” said Brown. “How do you provide stable caring relationships in the lives of these kids?”

At-risk youth don’t learn well in traditional classroom kinds of settings, said Brown. Many have various forms of learning disabilities that get in the way of their learning. Educators need to design activities that would be very engaging and get the kids to participate. They also need to be frank and provide concrete information, not beating around the bush. “They know that there are good sides to sex, not only dangers, but most sex education is basically danger education – how not to get pregnant, how not to get a sexually transmitted infection and how not to get date raped,” said Brown. “Sex has benefits to it, it feels good, there’s pleasure, you can feel close to somebody and you can learn about being independent and grown up. At the same time you need to recognize, of course, that there are some absolute dangers and consequences and risks to your future.”

Brown’s workshop on Wednesday was completely full. “My hope is that the 40 to 60 people walk out with a new sense of commitment and motivation to engage with young people around these issues and become the educators that these kids need,” he said. “We can’t just leave the job to the media and moralist elements or groups who preach, ‘just say no,’ but don’t tell them how.”